Nature
HOW DO BIRDS MIGRATE? 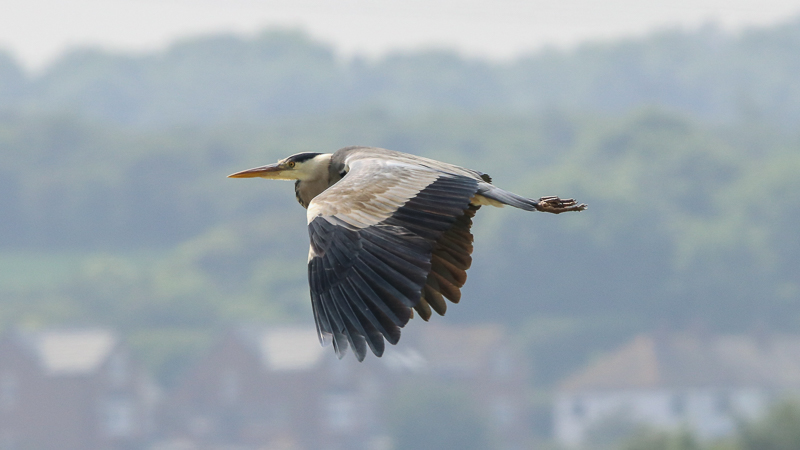 Our grey heron population is partly resident and partly migratory, plus some winter visitors

How do migrating birds know where to go?

How do migrating birds avoid getting lost when travelling thousands of kilometres, and how do young birds know where to start?

The knowledge required for migration is complex. It’s not as simple as knowing you need to go south and having an internal compass that tells you where south is.

You need to know when to set off, where to stop and fuel up before you encounter a long stretch of sea or desert, how to re-route when you’re blown off course, and how to zone in on that rock at Bempton Cliffs that you like to nest on.

Since birds don’t have pockets (birds and women have that in common), all these things need to be internal. They also need a good memory.

We can split what we know about bird migration into two categories: known navigational tools and known route-finding mechanisms. The former is about knowing where you are and where and when to go, the latter is about how you get there. 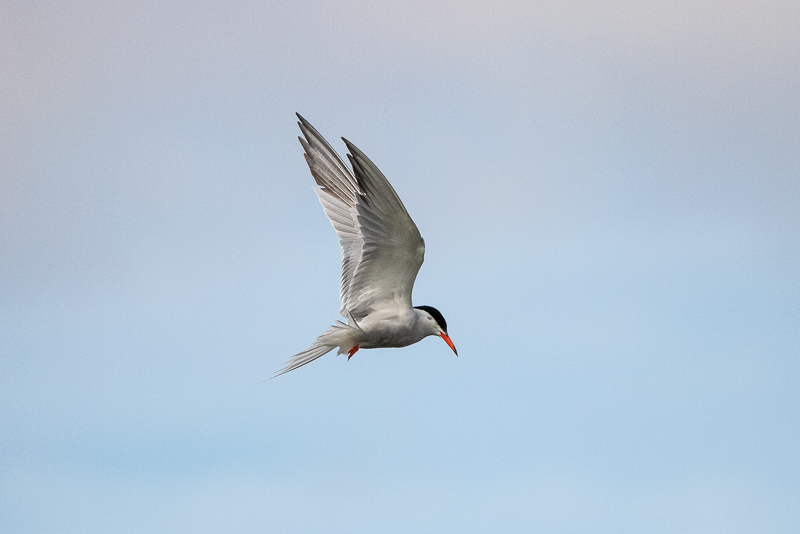 Birds can also detect changes in barometric pressure (weather) and perceive wind direction and speed, which helps them with their migratory flight. 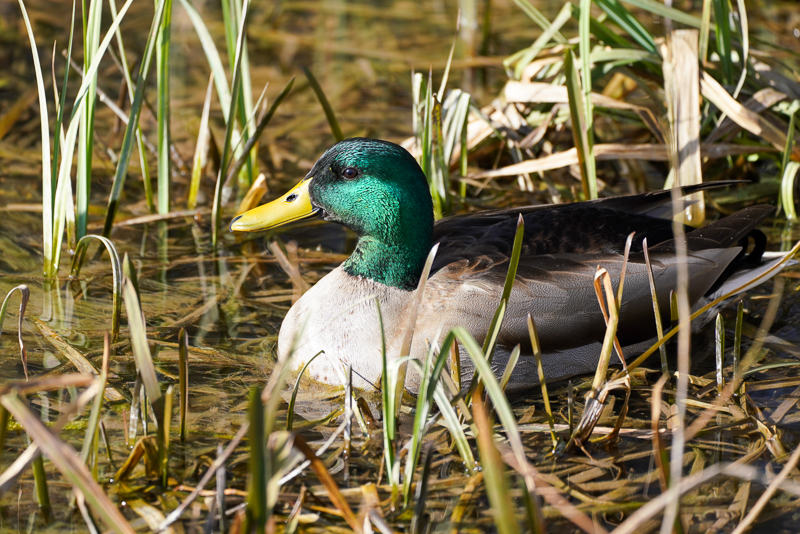 How do baby birds know where to go?

Young birds migrate to places they have never been – how do they know where to go?

The route-finding mechanism of following the leader seems like an obvious choice, but some birds – like cuckoos, who are raised by a different species – migrate alone.

How are they equipped for an intimidating trip around the world into the unknown?

Young birds use ‘clock-and-compass’ migration on their first trip. When they’re born, the birds are born knowing the instructions on a treasure map. They’re born knowing something like ‘fly southwest for six weeks, and then south-southeast for four weeks.’ Their internal compass helps them to know which way is south, but they don’t know where they're going; they’re just following directions. X marks the spot.

The instructions birds are born with are specific to their population, not their species. If the instructions were species-wide we’d have every individual within a species breeding and overwintering in the same place.

If young birds using clock-and-compass migration are blown off course, they stick to the instructions and end up somewhere different – much like we would do if we were picked up mid-orienteering and placed somewhere else with only directional instructions and a compass.

After they arrive at the wrong place (sometimes because of interfering scientists), they’re none the wiser. They’ve followed the instructions they were born with, so they adopt wherever they end up as their breeding or over-wintering place and return there every year.

Adult birds, on the other hand, aren’t foiled by being blown off course or by meddling scientists. If displaced, they adjust their route to get back to their breeding ground, even if they’re released somewhere they’ve never been before. 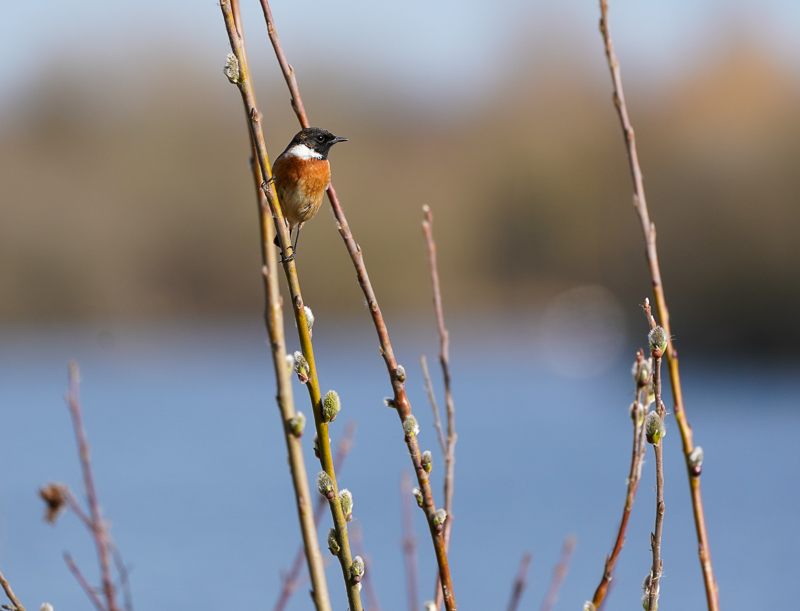 Our stonechat population is partly resident and partly migratory

How do adult birds navigate?

Some of the methods adult birds use to migrate feel familiar to us. For instance, they use landmarks just as we would. They remember mountain ranges, lakes, and other points of interest and use them to guide their way or help them to course correct.

Of course, using landmarks is little use when crossing the Sahara Desert or the open ocean. They’re also only useful when you can see them – most birds migrate high in the air, so cloudy days can prevent use of landmarks.

Landmarks are also no good when you’re somewhere unfamiliar. If a bird ends up somewhere they’ve never been –through bad weather or interfering humans – they won’t know any of the local landmarks.

Another option vaguely familiar to those of us who like to stargaze is the celestial compass. Birds can use the sun and the stars (as well as skylight polarisation) to work out where they are and where they need to go.

The ability to effectively use sun and star navigation is learned (which is why young birds can only follow their treasure map instructions), but the capacity and tendency to do so is innate.

The way birds use celestial navigation is far more complex than our ability to identify the North Star or an arrangement of stars that looks like a saucepan, but the principles are largely the same.

Polarised light cues, invisible to us but visible to birds at sunrise and sunset, are thought to act as a common reference for calibrating the solar and magnetic compasses of birds.

Birds have better hearing than we give them credit for. Their hearing allows them to hear other birds as well as infrasound: low frequency noises that we can’t hear.

Infrasound travels long distances from the wind against mountains or waves on the shore and provides birds with directional clues about where they are going. 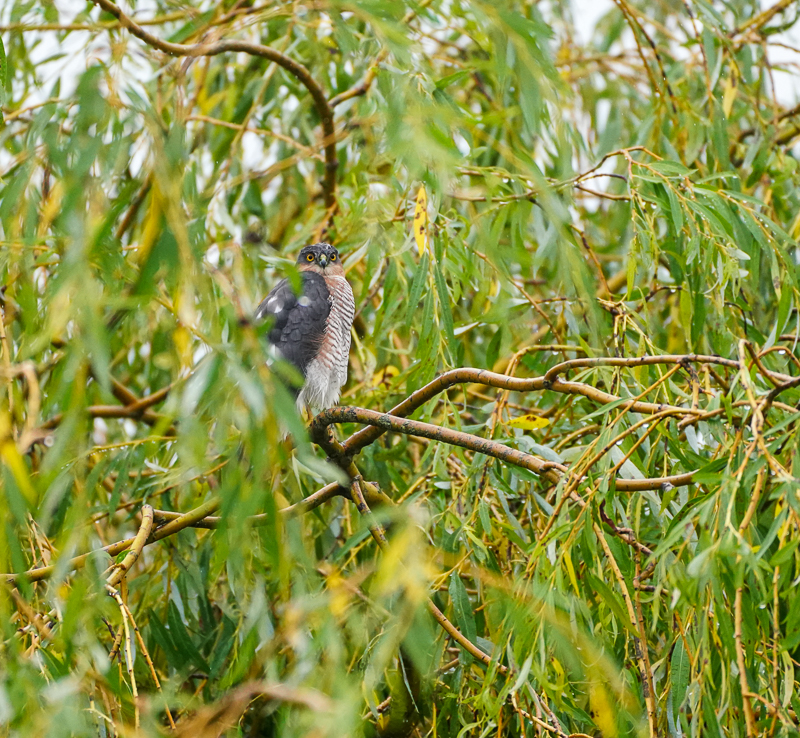 We get winter visitor and passing migrant sparrowhawks

Birds can measure barometric pressure. You’ll know that a barometer measures air pressure and allows us to predict short-term weather – birds can do this without a fancy instrument hanging on the wall.

Measuring barometric pressure could allow birds to move from areas of low pressure to high pressure or vice versa. We use barometers to decide whether it’s the right day to go for a picnic, but birds could use them to find rain in the desert.

Birds are social creatures and lots of species that migrate do so in groups. Some young birds, like swans and geese, travel in family groups and so migratory routes are passed down through the generations.

The importance of social clues has been demonstrated by relocating birds from their own population to a population with different migratory habits. When push comes to shove, many birds will change their planned route based on where everyone else is going. It seems birds are subject to peer pressure too.

Like a lost student in an unfamiliar city, some birds use a ‘back to my place’ method of route-planning. Male ducks often accompany their partner back to her breeding area, instead of going to their own, relying on her to guide their way.

Smell is surprisingly well developed in many bird species, such as petrels. We assume that this can be used to aid their migration, although we don’t know much about it as a method of navigation.

Here we are, the star of the show: geomagnetic navigation. When you started reading this post you might have had a vague idea that birds use Earth’s magnetic field to navigate, and you’re right.

There are force lines around Earth that loop up vertically from the Antarctic Pole to the Arctic Pole. The lines come out at the South Pole, incline away from the earth, until they become parallel at the equator, and then tuck in again to re-enter vertically at the North Pole.

So, the magnetic vectors point upwards (rising) in the southern hemisphere as the field grows away from its start point, and point straight across at the equator, and then downwards in the northern hemisphere towards the re-entry point.

This means that if you can measure the inclination (slope) of the force lines you can work out your latitude (how far up or down the vertical line you are), although things get a bit hazy around the magnetic equator (where there is no incline) and around the poles (where the field lines are vertical).

The gaping hole in this method is that you wouldn’t be able to work out your longitude (your horizontal position on the globe) because the incline is the same at different longitudes (it only varies vertically, by latitude).

Birds can use their geomagnetic compass to find out how high or low (north or south) they are on the globe (their latitude) but not how far left or right (east or west) they are. This knowledge is useful for knowing where in the world they might be, and to indicate regions on their familiar route where they must change direction or accumulate fat reserves.

If you’re wondering how birds use Earth's magnetic field, I’ve written about it here. 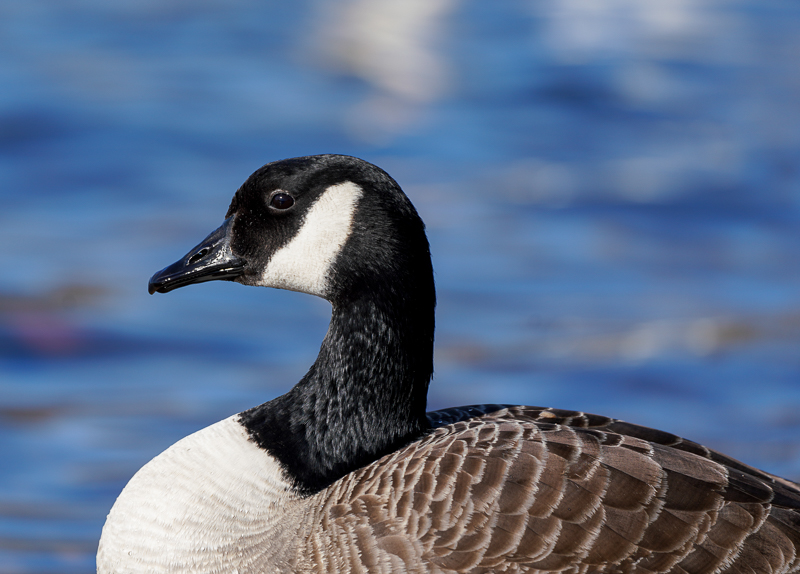 None of the compasses are perfect.

Birds can only navigate by the sun during the day, and it’s no use on very overcast days. Stars can’t be used near the poles when it’s constant daylight. Landmarks are only of help when you know the area and when you can see them. There’s only so far smell and sound can get you, and social clues are no use if nobody knows where they’re going. The magnetic compass isn’t much help near the equator or at the poles and in any case only tells birds their latitude.

Birds must use a huge array of tricks and tools to migrate. They continually calibrate their various compasses and combine information from all of them to make their migration decisions and determine their route.

Migration is truly one of the wonders of our world, and there is still so much about it that we don’t know. Humans like to think themselves superior but contrasting our inability to find our way off a moor without a map and compass (or our phone) with birds’ ability to get back to their breeding place no matter how far they are blown off course is humbling and awe-inspiring.