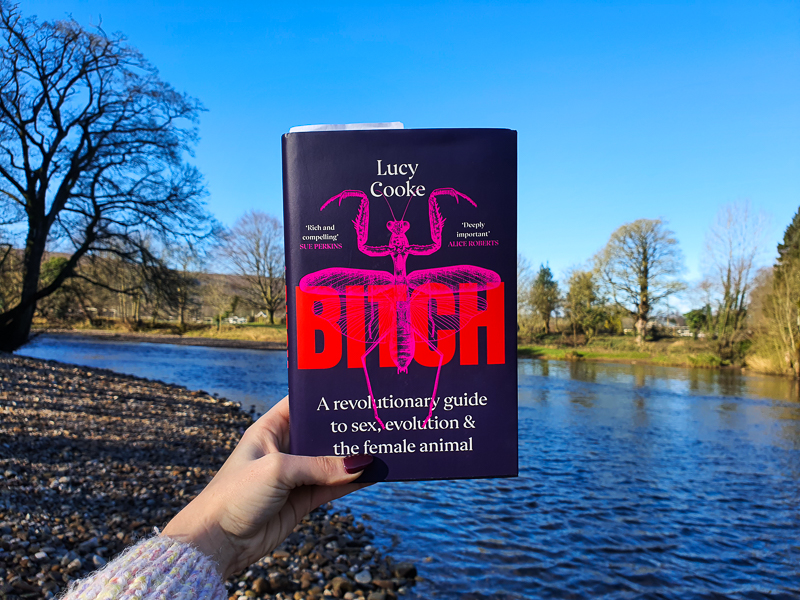 What I’m about to say will sound heretic. Was Darwin really all that?

It’s a question I’ve been pondering for a while. I stared into his stony face in pride of place in the Natural History Museum and asked him why he has such a grand statute when his co-discoverer, Alfred Russel Wallace, was nowhere to be seen. He didn’t answer.

In fact, a couple of years ago a lecture by William Friedman of Harvard University explained that around seventy individuals published work on the topic of evolution around the time that Darwin ‘discovered’ it. We’ve forgotten all their names.

More seriously, I’ve long had a problem with the way that Darwin wrote about women. There are many quotes to choose from, but Darwin’s statement in Descent of Man that ‘the average of mental power in man must be above that of woman’ sums up his views.

Before you shout at me that Darwin lived in Victorian society where such views were commonplace, let me clarify that my issue is not with Darwin having had these views.

I had begun to grow uneasy with everyone’s infatuation with this man and the way that his word is treated as gospel.

Given that his work was informed by sexist views, were the scientific theories he formed truly unbiased? Were they even accurate, or was he blinded by the prejudices of the society he lived in?

Have we, in our devotion to Darwin, been perpetuating biased and therefore unscientific views for more than a century?

In Bitch Lucy Cooke reveals that yes, we have.

'Darwin’s theory of sexual selection was incubated in misogyny, so it is little wonder that the female animal came out deformed; as marginalised and misunderstood as a Victorian housewife. What is perhaps more surprising, and damaging, is how tough it has been to wash this sexist stain out of science, and how far it has bled.'

A thrilling exploration of what we are learning about often-ignored female animals, this book is required reading for anybody with an interest in natural history.

This book is revolutionary. It will change the way you think about evolution forever.

Cooke brings together scientific knowledge on the female animals of many species, not as examples of exceptions to the rule but to demonstrate why many of the rules don't hold up.

This is not a collection of outliers, it is an examination of a huge body of work that points to our understanding of evolution having gone awry when we chose to stick so steadfastly to Darwin's views.

To attempt to summarise my fascination with this book would not do it justice, but check out my post on female mallards for an idea of what awaits.

Reading this book isn’t just about acknowledging aspects of scientific theory that are inaccurate due to bias, it’s about celebrating the incredible variety of the natural world.

'Darwin was viewing the world through a Victorian pinhole camera. Understanding the female sex is giving us the widescreen version of life on earth, in full technicolour glory, and the story is all the more fascinating for it.'

No matter how much you love Darwin, don’t stubbornly stand behind the pinhole camera. Join Lucy Cooke in her cinematic view of the natural world. You won’t regret it.

The BITCH has landed. This is the book that took me over two years to write. In my actual hands. It documents how sexist bias polluted evolutionary biology & caused the female of the species to be marginalised & misunderstood by the scientific patriarchy. Out March 3rd #bitchbook pic.twitter.com/ThvW5FNlov

ELEGY FOR A RIVER

Reading Moorhouse’s story is like being down the pub with a research ecologist. An entertaining introduction to water voles and white clawed crayfish.

THE MOST PERFECT THING

A detailed exploration of what we know (and don't know) about birds' eggs. If ever you feel your awe at the wonder of the natural world fading, pick up this book.

Accessible enough for those new to geopolitics but detailed enough to interest those who know more, Divided is a great read for anyone interested in why the world behaves the way it does.

Helpful questions you can answer from the product page to give you confidence in your donation product purchase.