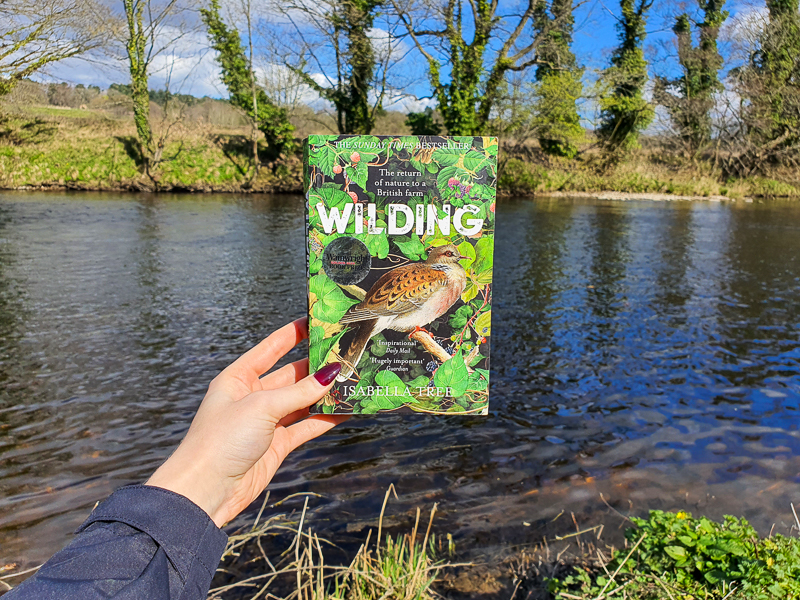 Why is our farming system in England so damaging to biodiversity and climate? And is there a way out?

When it feels like nobody cares, like our farmland will always be devoid of life, like a change could not possibly come, Tree tells us a story of success.

Transformed from a loss-making industrialised farm soaked in pesticides, herbicides, fungicides, and artificial fertiliser to a buzzing, rewilded estate full of life and – importantly – turning a profit, the Knepp Estate is a beacon of hope in our poisoned landscape.

The book begins in a state of regret. We learn the sad history of degradation of land and intensification of farming in England alongside the story of Knepp at the beginning of this journey: heavily subsidised yet failing.

Tree takes you on a journey through their feelings: you start with regret over the past, on to unease for Knepp, until eventually you’re starting to feel the outright panic that led Tree and her husband to start rewilding Knepp two decades ago.

By chapter two hope starts to show its face. By chapter four things are starting to look bright. By the end of the book, nobody can help but smile: they did it. They saved their land as well as their finances, and they created a haven for wildlife.

Relief will wash over you. It can be done. It is such an engaging, exciting story that I won’t ruin it for you with a synopsis.

When you read this book, skip the timeline at the start – instead, relish the rollercoaster of hope that Tree takes us on. Revisit the timeline when you finish the book, and marvel at the speed of change.

The most important thing about Wilding is that it offers a true account of changing farmland from intensive farming to rewilding, or wildlife friendly farming, or whatever middle ground a person should wish to achieve.

Much criticism levelled at supporters of changes to farming in England comes from those who have lived the realities of working the land over the past few decades. “You don’t know what it’s like” is a common refrain.

Tree does know what it’s like. She’s not espousing a plan for the countryside from an ivory tower or an inner city. She’s telling it like it is, and nobody can accuse her of having her head in the clouds, because she did it.

Wilding allows us to look at reality, not merely ideas. The Knepp Estate is not a rarity; it isn’t sponsored by a rich benefactor (despite its aristocratic past) or supported by donations to a charity. It is a real English farm that needs to turn a profit to keep its head above water.

This book is valuable because it confronts reality. Reality may be harder and represent a bumpier road than detached rewilding supporters sometimes make out, but it’s not as difficult as many detractors like to pretend either.

If your aim is to engage with climate issues in a meaningful way, then context is critical. Books like this one, covering the geopolitics of energy and climate recovery, are vital reading.

THE BOOK OF TRESPASS

The public are excluded from 92% of the land in England, and from 97% of our waterways. Can you truly love and connect with a country when you can only hope to see or experience 8% of it?

For a grounding, mindful way to connect with the natural world take this book to somewhere mossy.

This review is a love letter. Read this book and let love, gratitude, and wonder for the natural world wash over you.

THERE IS NO PLANET B

A book that contains some insightful analysis, but is loaded towards opinion rather than fact.