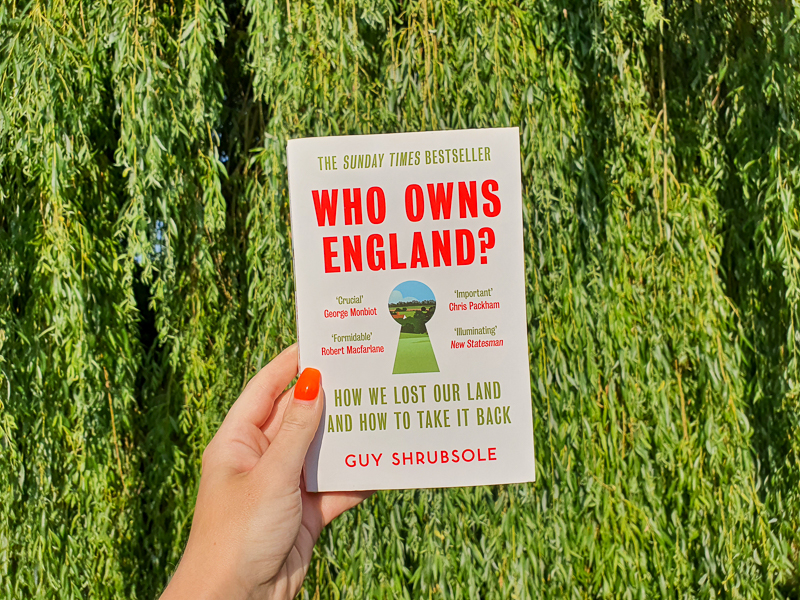 Every reader will have their own reasons for being curious about who owns our green and pleasant land.

For me – and for Shrubsole – understanding land ownership in England is critical to the future of conservation in our country. Regardless of whether you’re happy or not with the way land is owned in England, you need to understand the split – and who owns which types of habitat – if you want to persuade, support or require landowners to manage their land in a way that supports biodiversity.

There are lots of other reasons to read this book. We’re in the midst of a housing crisis, which can’t be solved without proper knowledge of what land we’ve got and who controls it. There are deep political and class controversies associated with the ownership of land that are important to understand from a socioeconomic standpoint. The book also touches on something that goes to the heart of our connection to the country we live in and our natural world: the right of open access (and its current limitations).

If you haven’t done much reading on land ownership in England, and you’re not part of the landed gentry, you’d be forgiven for thinking that the biggest class of landowners is probably homeowners – millions of people own houses, and if we clubbed together, surely we’d be amongst the biggest influences on land use?

Not even close. In fact, homeowners rank among the lowest in Shrubsole’s list of land controllers – owning just 5% of England. So, who owns the rest?

Shrubsole takes us on a journey through the history of land ownership in England and explains who controls the land around us. I’ll leave him to do the honours – if you’re keen for the answer today over the history of how it came to be, his last chapter summarises the position and sets out his agenda for land reform.

What I loved about Shrubsole’s agenda for reform was his openness to new ideas. He lays out 10 suggestions for land reform and welcomes you to disagree with them – but on the condition that you suggest something better, and that you fight for it.

It’s easy to criticise suggestions for land reform – no agenda will ever be completely fair to every party – but the thing is, and this is what Shrubsole makes so clear in this book, we need reforms to the way we support, regulate and reward land ownership and use, and we need them fast.

My background is in law, so I’m pre-disposed to getting caught up in lengthy academic analyses of suggested regulatory changes, but there comes a time when we have to pick the best of what we’ve got and run with it. In the midst of the Sixth Extinction, we don’t have time to wait for a perfect vision for land reform.

Have you read this book? What did you think? Let’s chat about it! Links to socials below.