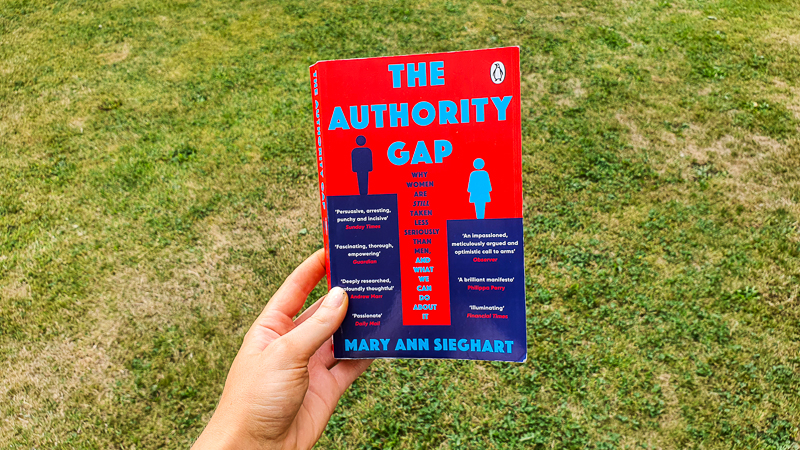 We estimate the IQ of our sons to be higher than that of our daughters even though girls are ahead of boys academically. We're more likely to interview men, to give them promotions, and to give them higher pay than we are women. We rate female lecturers lower than male ones even when they're the same person. We listen to women less even when they read from the same script as a man.

We criticise women more, focus on their appearance more, undermine them more. We let boys speak out in classrooms, provide them with more constructive feedback than girls and give them more teacher time.

We think of women as being poor leaders even though research confirms that they're strong leaders. We view women as being a risk to employers when men are just as likely to leave a job.

We assume men are competent whereas we assume women are incompetent until proven otherwise.

I could go on. Are there simple answers to these problems? Can women just 'lean in': act like men to get ahead?

It's not that simple. Women face a multitude of double binds.

Women ask for pay rises just as often as men but, unlike men, when they ask for them they are punished. Women often lack the over-confidence of men, but if they become more comfortable with talking about their own achievements they're not seen as brilliant, they're disliked and miss out on jobs and promotions.

Women with high voices are called shrill; if they lower them they're abrasive and unlikeable. Unattractive women are denied opportunities available to unattractive men, but women who are seen to take 'too much' of an interest in their appearance or wear 'too much' make-up also miss out.

If women talk as much as men they're seen as less competent and likeable. If they talk too little, they're afforded no influence. Women apologise more and hedge their statements which is taken to be an indication of incompetence, but speaking up makes people (especially men) feel threatened and makes them resist the authority of a woman even more.

The Authority Gap is an engaging, up-beat and optimistic exploration of the problems that we face, the complications in fixing them, and the actions we can take to increase the influence of women for the benefit of everyone.

Sieghart is clear that it's not a man-bashing book, and she's right. An entire chapter explores the way that women have internalised the authority gap and another looks at what's in it for men if we close the gap.

What is in it for men? We tend to think that the patriarchy serves men, but it doesn't. It serves nobody.

Sieghart explores research on the effect on men of increased authority and respect for women and the results are great. Gender equality makes men happier, healthier, less depressed, financially better off, and means they have more sex, better relationships with their family and colleagues, and a closer connection to their kids. For the world, there are financial gains in the trillions to be had, along with huge social gains. We have more chance of living in peace and tackling the climate crisis with more women leaders.

Women, of course, will be happier and healthier. The authority gap is exhausting; this book is a breath of fresh air.

Sieghart suggests actions throughout that we can take to reduce the authority gap and her closing chapter is full of actions we can take as individuals, parents, teachers, employers, colleagues, partners, governments, and journalists. The suggestions aren't always obvious and they're certainly not onerous, but the benefits of adopting them are huge.

Some brilliant books on the topic of sexism are difficult to read. I still haven't finished Laura Bates' Men Who Hate Women because it lies too heavy in my heart. The Authority Gap is far lighter (but no less important) reading.

I hesitate to describe books as something everyone should read; the phrase is over-used. Everyone really should read this book.

Whether you're burning with fury at the way your authority is undermined or a sceptic that the authority gap exists at all, this book is fascinating, easy to digest, and will provide you with practical tools to make the world a better place.

If we live until we're 80 our life will consist of only 4,000 weeks. How do we live with that fact and make the best of the time we have?

DO PLANTS HAVE CONSCIOUSNESS?

WHAT IS MAGNETORECEPTION AND HOW DOES IT WORK?

We’ve long known that birds can use Earth's magnetic field as a compass, but how do they see that field?